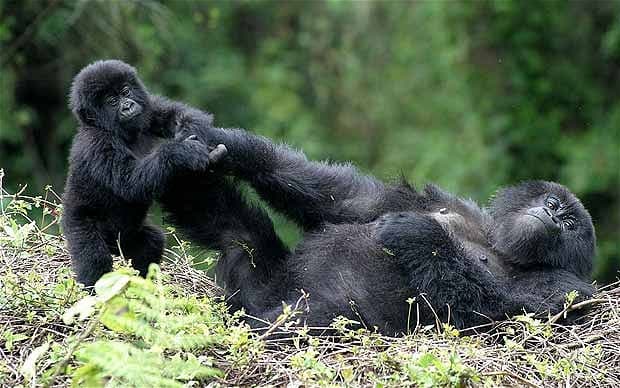 3 Days Gorillas in the Mist

Our 3 day trip brings you the Gorillas in the Mist, the Mountain Gorillas of the Volcanoes National Park in Rwanda. This is where Dian Fossey (16/12/1932 - 26/12/1985) studied her gorillas. The movie Gorilla's in the mist (1988) with Sigourney Weaver was also filmed here.

Arrival in Kigali. Transfer to your hotel near the Volcanoes National Park. If time allows you can make a city tour through Kigali.

After breakfast we bring you to the starting point of the gorilla tracking. After the briefing you begin your tracking of the gorillas.

The bamboo forest will drip around you as you first hear the breaking of bamboo signaling the group is near and then you will be face to face with one of the most delightful and fascinating creatures in the world.

After an hour's viewing you will make the trek back to the lodge.

Transfer to Kigali for your outbound flight.